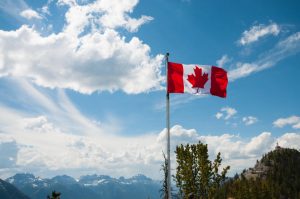 Well, it’s Canada’s 154 birthday and happy birthday to us. I wanted to do a blog on some of the great and not so great events I have seen through my years as a Canadian. Hopefully it doesn’t bore you to death. Every year I reflect on my life in Canada and events come and go but the memories go on.

I grew up when we had very little and it was so much fun. We played street hockey and baseball and went for hikes and played games outside with our friends. It was simple and fun and community.

Well, my first big event I remember is 1965 when Canada changed flags from the Union Jack to the Canadian flag it was such a huge day for Canadians. It was a huge day for our independence here and was well celebrated.

Second big event I remember is Canada’s 100th birthday celebration. I remember when like 40,000 people jammed into the Hamilton Football stadium and the Prime Minister who at the time was our current Prime Ministers father Pierre Trudeau.

It was quite the event. There was a big band and of course a speech from our Prime Minister and then he cut the huge birthday cake to celebrate the birthday of my country. Well, of course the cake had to have girls jump out of the cake. Then of course the fireworks into the evening it was great experience

Well then came the 70’s when we had the FLQ crisis which was a very dark time for Canada to see martial law declared in this country.

Times were different then life was slower and families were still very close and spent much time with each other.

Things like Sunday shopping never existed and almost impossible to purchase anything after 9 pm because everything was closed.

When I was in my late teen’s I joined the Canadian Military and went through the cold war which was a very scary time for the entire world.

In the early 80’s Prime Minister Pierre Trudeau unveiled the changes to the Charter of rights and the amendments to the constitution and that made the way for many changes.

Well, the 80’s also had the gloom of Aid’s in the gay community and it struck fear throughout the whole country and also the world

Then came the 90’s when the computer age had begun to take over the world. Sort of. I remember purchasing a computer for my business and it cost over $5000.00 in 1992. It was a huge investment and today you couldn’t even run one of the programs from it because you didn’t have enough memory.

I was working in the financial industry when the internet bubble came. It was horrible for investors who put life savings into long term dreams.

Then a very dark day that would change much of our world and would affect everyone from that day forward. Sept 11 2001 the day the World trade Centers were brought down. Everyone who was alive that day will never forget what they were doing when they heard and seen the devastation that it had on a country.

Well then Canada begins a much more liberal approach to same sex relationships and eventually passed laws to allow same sex partners to marry and be recognized in the eyes of the law.

Of course, I have to mention Covid-19 and the grip it has had on the country but today things are looking brighter as the vaccine is being administered to all persons across the nation

Now here in 2021 Canada is 154 years old and there has been good and bad things that I have witnessed or experienced and right now Canada is dealing with the resident school issues and the Aboriginal people.

I remember going to high school and it was a very large school of about 5000 students and it was almost completely white and only a couple individuals from other races.

This changed dramatically through the 80’s and into the 90’s. Now living in Winnipeg schools around me are mixed with many people and cultures from all over the world. Canada has grown substantially.

So, in closing. Canada has had its ups and downs and I am still very proud to be a Canadian.

This last year with Covid-19 the Canadian Government has risen to show the people of Canada that it cares for our well being and has helped Canadians get through this pandemic.